A Muslim convert, is it hard?

I was called to write this post. It's sad to know some of my fellow friends got bullied for something they are not aware of..I am sharing based on what exactly I've been through, nothing personal but a true story.

Let's start with convert to Islam.

To start with, I converted after getting married to my Muslim born husband. Many out there were told they are required to convert even when they just got engaged. Erm, I guess that was what your aunty sebelah bapa punya cousin punya anak tell you right? Ka Ketua Kampung? I wasn't a Muslim until the week to my nikah day. I wasn't a Muslim when I was engaged. Tell you ladies, if you choose to convert upon your engagement is a choice you made. Just because your partner is a Muslim, you are not obliged to convert until you are officially married. If you converts upon your engagement due to the reason you would like to learn in depth about the religion that's absolutely a great move, other than that there is no law saying you have to convert upon engagement. 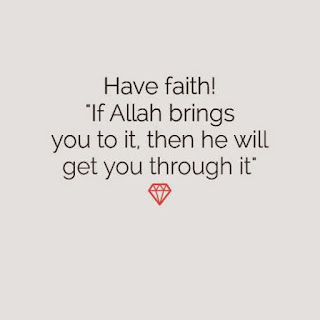 A friend of mine who converted upon engagement solely because of love. The biggest decision she made and thought that would last till marriage, unfortunately it did not turn out well. She broke up with her fiance a year after their engagement. She is now with a non-Muslim bf and has doubted her decision converting to Islam when deep inside she is not ready to be one. Who's going to be responsible of her not practicing Islam now? Nobody kan, fiance yang beria-ia suruh convert suda jadi ex, ex pun cari gf lain suda lo. Love can be so blind at time, think carefully before making drastic decisions in life. Tunang saja belum lagi kawin, anything can happen, fikir-fikirkan lah jangan terlampau ikut perasaan orang bilang. And again, doubt or not there is no turning back.


What is your Muslim name?

Once people know you are a convert, they would like to know your new name. Many of us will just blindly follow the trend. Anyone who converts has a Muslim name you also follow la kan. In Malaysia, like it or not you are required to choose a Muslim name when you register at Jabatan Agama. BUT many do not aware they do not require to totally remove their original name. For example, if your original name is Tan Ceng Lok, you can choose your Muslim name as Tan Ceng Lok bin Abdullah. No need to purposely choose Adam Shamil bin Abdullah (Hi Adam..wink wink~). But if you still think Adam Shamil sounds better then go ahead la, no harm. I just wanna tell you do not feel oblige to change your name. Remember your original name was given by your parent who raise you up, who loves you first before anyone else, why remove it when your religion change? Don't, don't do that. It hurts your father who gives you a name, it hurts your mother who hugs you no matter how smelly you are. At least if you really want to have a Muslim name, try to keep your surname in your new name. Your religion and name may be changed, but not what you inherited. I believe your parent would be grateful for that little thought.

Do I change my IC after convert?

Again, it is not compulsory. Honestly I don't. I stick with my original Chinese name in my IC (so that I can go clubbing without kena rotan hahaha no lahh..!). Let me tell you why. All properties/liabilities owned will be based on the name used in your IC. I bought my first house and car with my original name and it was after I convert. So, if I change my IC to my Muslim name (even just addition of binti Abdullah), I will need to change the name in all my liabilities and please note amending name in legal documents is not free, it involves legal parties that may cost me unnecessary amount. Since it doesn't affect much so I decided to stick with my original name to make life easier. BUT I don't know if I am just a little unlucky. I have issue with my daughter's birth cert. JPN refused to issue my daughter's birth cert due to my original name in IC yet I am a Muslim in record. So, to make fuss they insisted me to redo my IC but to put "Islam" in my IC. I argued the case as I managed to get my son's birth cert with the same old IC without religion on it. The officer told me "sekarang dah tak boleh, semua converts kena ada Islam dalam IC kalau tak memang tak lepas surat beranak anak you ni." To make story short, I made a trip to the JPN during my confinement (with my muka hudu of course @#$%^&*) to redo my IC to state my religion on it but my original name remained the same. I am not sure if this is only happened in West Malaysia, but I kena lah. (Semua pasal heidi lai ni. hihi nda bah)

What is my name in Passport? 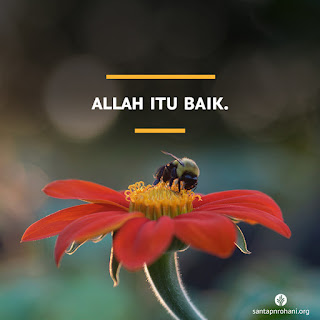 Your passport name will be following your name in IC. So my original name it is. Sometimes, I will be questioned by the immigration officer at the airport if I have converted due to my Chinese name in my passport, especially when I travel with the kids alone. They made it sounds like I am child-trafficking my own children. Haha! But that's only happened in Malaysia airport. I hardly encounter such issue abroad I bet people don't bother what your beliefs. And also, I am not allowed to be my son's guardian for his passport due to my Chinese name & no "Islam" in my IC when I applied one for him. Kesian kan, but I managed to be my daughter's guardian for her passport because by then my IC has "Islam" already. But not a big deal la, I still can take my son travels with me though I am not his guardian in passport. Who can stop me? I am his Mother Halooooo!

What is your children bangsa ah?

Ahhh good question. I am a Sino-Kadazan & my husband is Jawa-Bugis. My children are Sino-Native (Chinese mixed with more than one Sabah ethnic/tribe).  Isn't one can only choose either the race of the father or the mother? YES for certain race. For example, if an Indian married to a Kadazan or Melayu married to Chinese, you cannot write Indian-Kadazan or Chinese-Melayu because no such category in the system. You will need to choose either Indian or Kadazan or Chinese or Melayu. But if you are Chinese/Sino married to any Sabah ethnics, you can be a Sino-"______"(the tribe that you married with) or be a Sino-Native. Syok kan. If marries to Orang putih normally put Eurasian/Caucasian etc la kali kan, itu mau tanya yg kawin org putih tu sy pun x pasti.

How you manage to remove your children bin/binti ooo?

Frankly speaking, I do not remove anything from their names la. Who made up this story oo?haha they just weren't there since beginning. We're lucky enough to deal with a nice Malay officer in the Putrajaya JPN who explained to us it is not compulsory to put bin/binti/AL/AP/AK to your child's name. That's how we found out. So we decided not to put bin/binti to our children name but replaced with my Chinese surname into their names instead. Those bin/binti all has no extra benefits as Malaysia citizens, so don't worry to remove them.

Yes, but with so much hassle. I think this is only happened in West cause in East it seems no issues.  AGAIN, I have problem to open my son's ASB due to my Chinese name in IC. The bank officer claimed that if the guardian has a Chinese name & they are Pribumi Sabah, the only way is to get it done in Sabah because in West they did not recognised Chinese name as Bumi bukan macam in East. I don't believe in this so I tried my luck at the PNB Head Quarters Jalan Tun Razak. With all the supporting documents, I managed to open ASB account for my son. Boooo!! For my girl, I just tried my luck at Maybank branch and I managed to get her one without any hassles. Ntah la, I think this is all depending on the officer juga la kan. Jap boleh jap tak boleh I also fed up oo.

Some even ask me in case la ko bercerai sama laki ko, will you get the child custody? (that's a bit too far babe..ermmm)

To answer this question I can only tell you what I know ok. Remember this my dear, regardless of you are newly convert or born as a Muslim you are as equal as other Muslims. There is no such thing that you are less Islam just because you are a convert as compare to those born as Muslim. We are all equal in Islam. So to answer that question, yes you are eligible for your child custody. Based on laws, children below 7 of age will be prioritised to the mother except the mother has conditions that unable her to be the child guardian. So, jangan la risau you cannot fight for your rights to get your child custody in case divorce happens, but palis-palis jauh jauh harap-harap nda la ba sampai berpisah kan. Kesian tu anak-anak, susah lagi tu bini mau cari laki baru. kikikikiki Nda ba jangan marah. 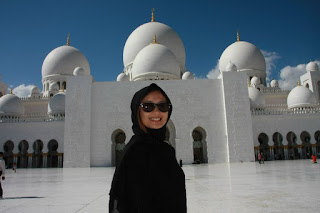 A Muslim convert, is it hard?

I was called to write this post. It's sad to know some of my fellow friends got bullied for something they are not aware of..I am sharin...

Jesse Tan
Malaysia
Grown up in a small and peaceful district named Kota Belud Sabah, she is blessed with what it takes to be herself. Born from a mixed-blood parentage, it somehow changed her perspectives towards life. Looking back all her past, it was an amazing journey and now she is delightfully married and blessed with a pair of beautiful children.